Roundtable
FUTURE is a French open label, randomized clinical trial designed to test the superiority of FFR against angiography guided revascularization. Some of the early outcomes of the study were reported at the AHA 2016. The study was terminated prematurely by the DSMB due an increased mortality signal in the FFR arm, and the deemed futility of success of the primary outcome measure.

Learn from this moment and keep it forever.
FREE
Watch Now

Fractional Flow Reserve (FFR) is a pressure wire based technology with global adoption for the physiological assessment of stenosis severity.  Over the past year several studies have demonstrated the benefits of FFR over angiography guided revascularization.  Key studies supporting the use of FFR are DEFER and FAME.

In the DEFER study, fractional flow reserve was used to determine the need for stenting in patients with intermediate single vessel disease.[2] In those patients with a stenosis with an FFR of less than 0.75, outcome was significantly worse. In patients with an FFR of 0.75 or more however, stenting did not influence outcomes. This suggests that FFR is a useful tool to gauge decision-making in this setting.

The Fractional Flow Reserve versus Angiography for Multivessel Evaluation (FAME) study evaluated the role of FFR in patients with multivessel coronary artery disease.[3] In 20 centers in Europe and the United States, 1005 patients undergoing percutaneous coronary intervention with drug eluting stent implantation were randomized to intervention based on angiography or based on fractional flow reserve in addition to angiography. In the angiography arm of the study, all suspicious-looking lesions were stented. In the FFR arm, only angiographically suspicious lesions with an FFR of 0.80 or less were stented.

In the patients whose care was guided by FFR, fewer stents were used (2.7±1.2 and 1.9±1.3, respectively). After one year, the primary endpoint of death, nonfatal myocardial infarction, and repeat revascularization were lower in the FFR group (13.2% versus 18.3%). There also was a non-significant higher number of patients of residual angina sufferers (81% versus 78%). In the FFR group, hospital stay was slightly shorter (3.4 vs 3.7 days) and procedural costs were less ($5,332 vs $6,007). FFR did not prolong procedure (around 70 minutes in both groups).

Learn from this moment and keep it forever.
FREE
Watch Now 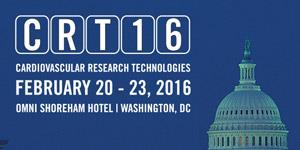 CRT 2016 Nurses & Technologists: Cath Lab of 2016 and Beyond
Conference
Session discussing the modern and future make-up of the cath lab 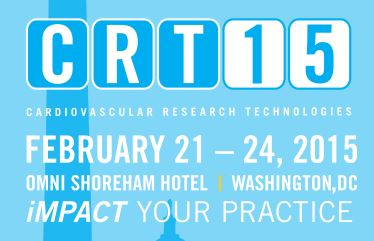