Cardiac troponin (cTn) is the primary biomarker for the diagnosis of myocardial necrosis in an acute coronary syndrome (ACS). cTn levels can also be elevated in many other conditions, including heart failure, with significant prognostic value. An elevated cTn level can be found in both acute and chronic heart failure and its presence is believed to be due to multiple different pathophysiological processes. In acute decompensated heart failure (AHF), an elevated cTn level has been repeatedly shown to correlate with increased short- and long-term mortality and, to a lesser extent, readmission rates. These associations have been demonstrated with both I and T isoforms of cTn, as well as when troponin is measured with conventional assays or new high-sense assays. In multimarker models, cTn has repeatedly been found to be an independent predictive variable enhancing prognostic ability of the model. cTn is therefore an important biomarker for prognosis in AHF. 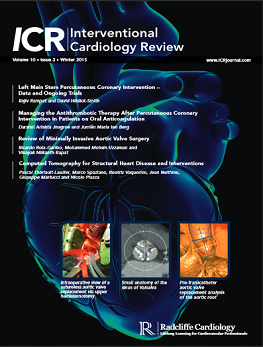 The Power of Imaging for Structural Heart
Conference